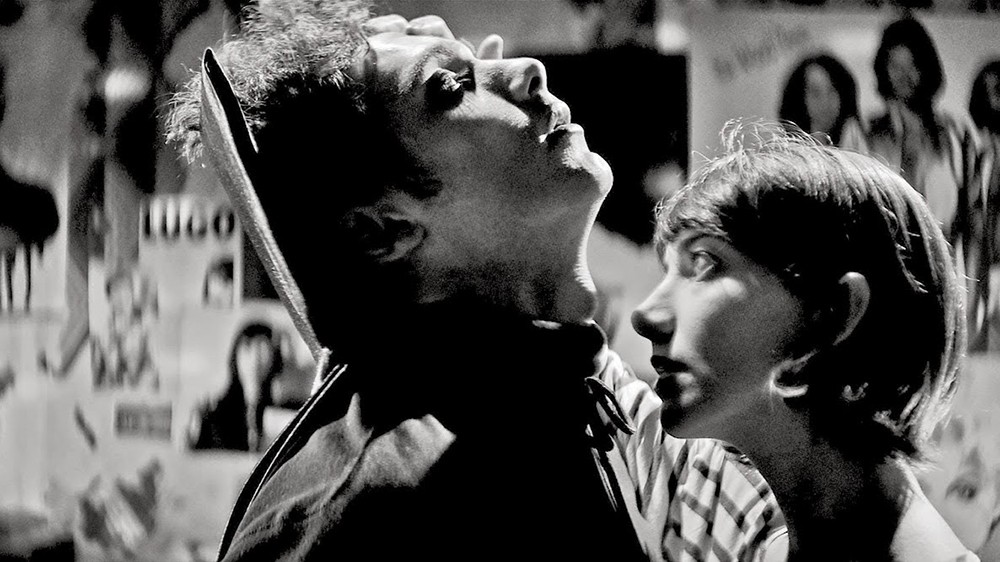 As a horror premise, the title of the 2014 Iranian vampire flick that raised hairs at Sundance, A Girl Walks Home Alone at Night (streaming now on Netflix), suggests a classic damsel-in-distress scenario – or at best, an M-like thrill as you expect the “girl” to be threatened, not threatening. Instead, the girl the viewer follows is self-possessed and shocking, starring an eye-drawing Sheila Vand as a wallflower vampire who stalks sinners to postpone fits of boredom in a town coyly dubbed “Bad City.”

While it won’t startle you in your seat, it’s unsettling magic. Vand’s creepy mimicry of street characters (including a pushy beggar boy she horrifically puts in his place) pronounces fears that anyone who’s pounded foreign pavement on a dark night knows all too well. Most of the terror comes from her forceful intrusion into one’s personal space – following almost comically too closely, matching another person’s pace, etc., but one particular scene where the girl encounters a heroin addict from across the street and acts as his mirror bugs the eyes with masterful tension.

There are splashes of gore and freakish pulse rushes when the fangs do come out, frequently and compulsively throughout the film. But underlying it all is this curious love story that mutely cautions what can happen when you don’t get close enough to someone, while simultaneously celebrating the mystique of loneliness-driven mutual attraction. Overall, it’s stylish and hip, from the Pulp Fiction-esque bedroom dance scenes drawing on underground sounds like the angsty blues rock of Iranian band Kiosk to skateboarding scenes over the spaghetti Western sounds of Portland, Oregon, band Federale. Like the girl slowly creeping on her prey, the powerful chill of this movie sneaks up on you.

View all posts by Ashley Edits